2012 sees the redesign of our website. We hope you enjoy looking around. Most pages have a slideshow of our favourite photos - to view a photo for longer, simply hover the mouse over it as this will pause the slideshow. The dog's pages contain links to their pedigrees and critiques. There is a 'x 'to close these pages at the bottom of the page, or you can simply press esc or click outside of the pedigree or critique. There is still some more work to be done with pages for 'dogs proudly bred' and 'past litters' so please visit us again soon.

After a very long day at the Hound Club of South Australia Championship Show today, we are absolutely thrilled to announce that Bid (BISS/RUBISS Ch Kushika Secret Bid) was awarded BEST IN SHOW under Hound Specialist Mrs B Martin (ACT) from a show entry of 138 Hounds. 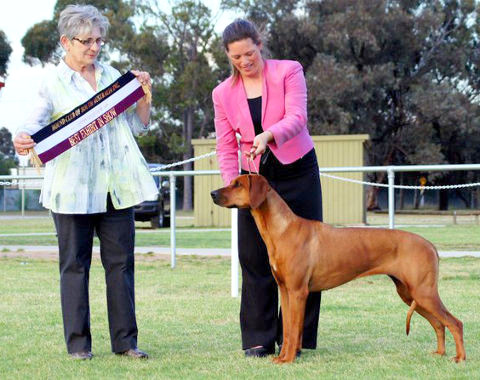 Also at the Open Show in the morning under Mr P Danaher we had some more lovely results:

Also special mention to Matt for handling Ffion and Rafa to their wins at the Open Show. …after running up to collect our trophy at the Royal show this year, I think he will be doing most of our handling in the near future! 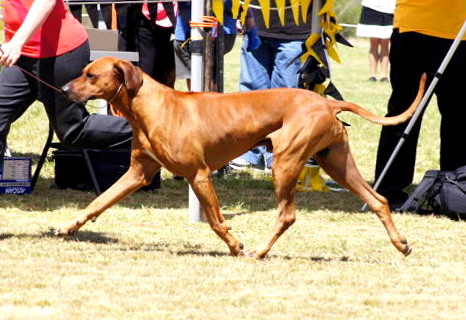 At the 10th National Specialty Show [hosted by RRClub Inc (NSW)] we enjoyed a great two days of showing, dog watching and catching up with friends. We also had some very nice placings for our Kushika Team. Shaab won the Australian Bred Dog Class from a class entry of 20, and was awarded Opposite Australian Bred in Show (Australian Bred in Show was also the Best in Show). Very proud of my boy, who turns 7 years next month. Also thrilled with Nia's (Ch Kushika Sno Way To Behave) 2nd place from 17 in Junior bitch. It was a really strong class, and despite her coat change, she showed beautifully. Nia also made the cut from 51 in the Best Gaited Bitch Class, at the tender of age of 13 months, I think we have great things to come from our little red girl! Tiger shared in the success and was placed 4th from 16 in the Junior dog class (at only 13 months of age, he was the third youngest in the class, and the youngest dog to place). We also entered him in the Best Headed Dog class and he cut to the final 9 dogs from a class entry of 47!! Very happy indeed with these lovely results from this young man. 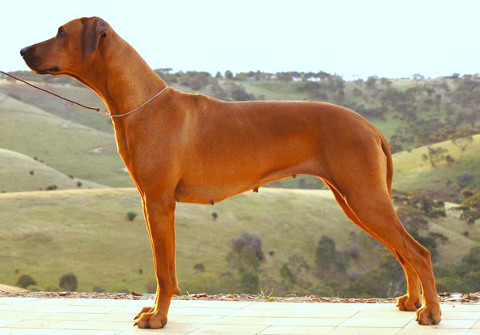 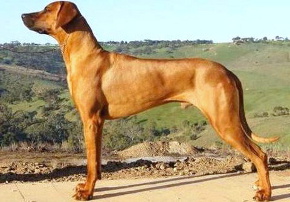 Kushika Hole in One "Tiger" gained his Australian Champion title at the SA Poultry & Kennel Club Show. He finished in style with a 9 point Best of Breed and Junior in Group award. Gaining his title at 11 months of age Tiger became our youngest Kushika male to gain his Champion title. 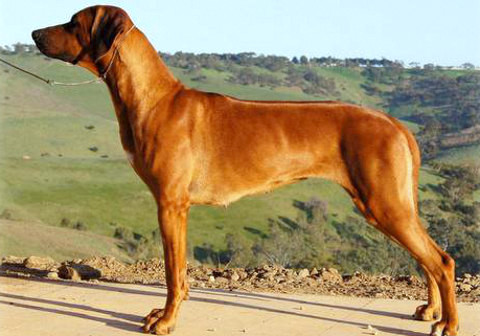 Kushika Sno Way to Behave "Nia" gained her Australian Champion title at Dareton Kennel Club Show with a Best of Breed win, and in doing so she became our youngest Kushika Champion to date. 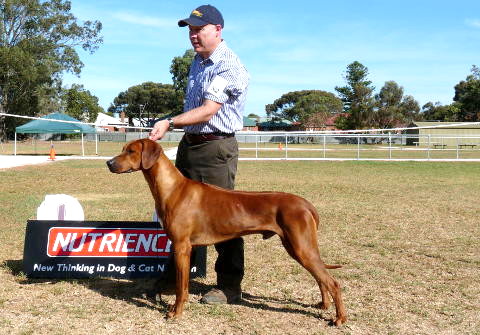 Congratulations Darren & Trish at Bartess Kennels on a wonderful win with your handsome boy. Hawk was also awarded Best Gaited Dog. Other lovely awards on the day included Reserve Challenge Bitch for Bartess Kennels lovely girl Jarla [Dual Ch (T) Kushika Wild Dream TSD], Best Ridge In Show for Saran, Most Successful Breeder in Show and many more lovely class placings. It was a fantastic day with friends, and we had a great time toasting Hawk's success with our Darren & Trish that evening.

We were thrilled for Tiger to be awarded BEST PUPPY IN SHOW under Breed Specialist Judge Mrs D Brennan [Huntingridge, NSW] at the prestigious Hound Club of South Australia show.

We also received many other lovely class wins with Minor Puppy of Breed to Nia, Intermediate Bitch to Tempa, Australian Bred bitch to Tempa, and 2nd place in Open bitch class to Saran which gave us quite a dilemma for the challenge bitch line up! We had a very enjoyable day and it was a great end to a wonderfully successful weekend. 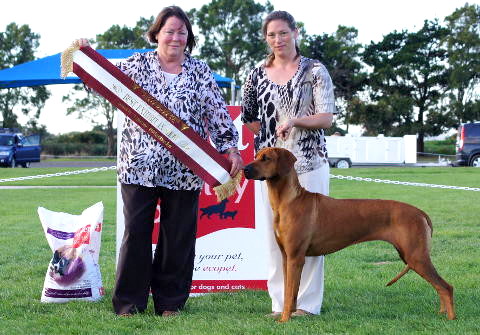 We had a very successful day at the Victorian Specialty Show today with Bid taking out the top honours. Other lovely awards on the day included Kierra - Best Dam and Progeny award (her 5th), Nia - Opposite Minor Puppy in Show, Hawk - Best Headed dog, Saran and Ffion - Best Brace and Most Successful Breeder in Show Award.